Well, hello all. I am a self-proclaimed music fanatic, and I also love the company of a nice, very friendly plant known as Mary Jane. As I’m sure many of you know by now, the combination of these two leads to general happiness and it makes a lot of music sound much much nicer.  The reason I’m here is to talk to you about some of my favorites, be it what I’m listening to at the moment, or some of my favorites of all time. I do not intend to do full album or track reviews, but rather just give quick blurbs about standout parts and generally gush like some stupid 10 year-old fanboy who has eaten far too many Pixy Sticks and was then asked to describe his favorite music.  I will probably not have any rhyme or reason to how I structure these, but hell, I just hope you enjoy reading about it and listening some great tunes.

Let’s get this started. 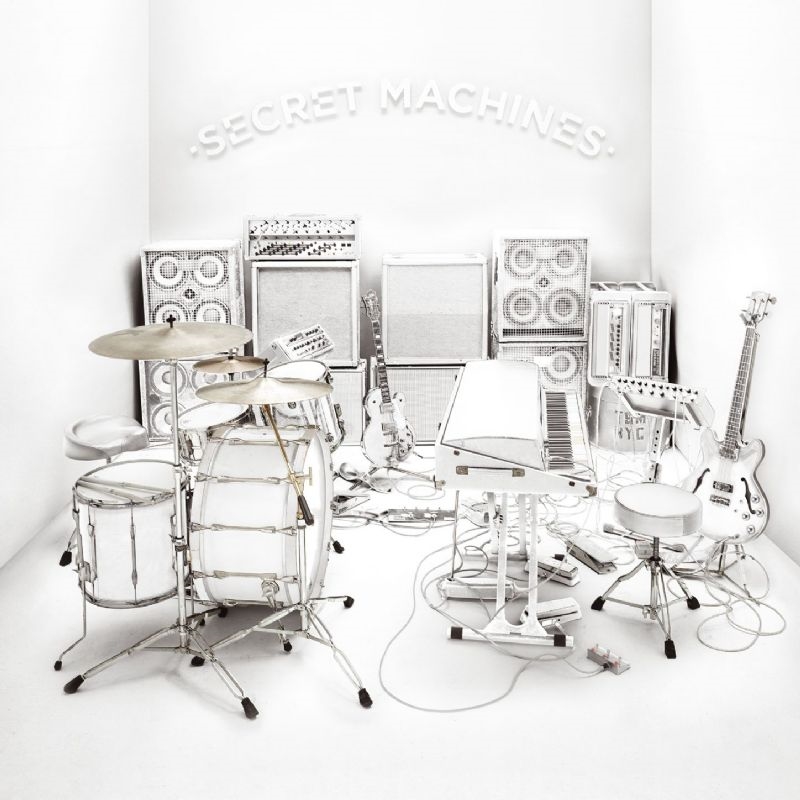 I discovered this album 6 years ago when a friend played me the song Nowhere Again.  This was well before my foray into the world of cannabis and cannabis culture.  I fell in love with it almost immediately.  That one song itself was enough to sell me on this entire band’s discography.  Since then, my musical tastes have vastly expanded, and I often find myself unable to enjoy some music more than a year or two after I discover it and listen to it way too much.  That isn’t the case with The Secret Machines though.  This band, and more specifically this album, have been a strong foundation and a comfortable fallback for my musical tastes as they stand now.

To describe this album I think it would be best to paint a picture – or in my case describe how I would make a film based on the album – of how I have come to interpret it.  Picture yourself, if you will, on an old battlefield, possibly WWII era.  You are a soldier, standing in the middle of your platoon, preparing to charge into battle alongside your comrades.  Then the album starts.  The floodgates open.  Charge.  End first song.  The battle is over, the war is over, you are coming home.  You survived, possibly uninjured, victorious but you are distraught – your friends were all killed in the fighting.  As the album progresses it follows your mental state as you progress through different mental states.  Loneliness and sadness play a prominent part here at the beginning as suggested by the second song’s title.  However then you start to deteriorate; you start envisioning them alongside you, thinking they aren’t really dead after all.  This eventually becomes a blessing in disguise, and you feel happy again, like nothing had ever changed from the old days, coming to a crescendo in the song Nowhere Again.  Slowly though, you start to realize you are just tricking yourself, trying to fill the emptiness that’s left.  You start to come to terms with your life as it is, all the people you know dead and never to return.  The songs The Road Leads Where It’s Lead through Light’s On are your memories of these people.  The good, the bad, the things you’ll never forget about them.  It’s your way of coming to terms with living without everyone – your way of convincing yourself everything will be alright.  Further in the future, unknown if you ever were able to live a normal life again or if the emptiness consumed you, you are standing in a graveyard over the graves of your friends.  The album’s title track is playing, as you walk back to your car and drive off.  The track still plays as you are standing on the side of a bridge.  You climb up on the railing huge smile on your face, and boom – credits.  Did you jump or not?  There is no way to know, all up to your own interpretation of the album.

Here is the song Nowhere Again. I hope you enjoy it.

That’s all for now folks.

P.S.  For those of you out there who like dream pop, the guitarist for the band left to be one of the founding members of School of Seven Bells.  Just a fun fact.

About the author: WSJ Team View all posts by WSJ Team