The oil from cannabis seeds is both a nutritional and medical miracle suppressed in world history only since the DuPont Family and Friends eradicated cannabis with their 1937 Marijuana Tax Act. Despite their interchangeability in the literature, hemp and hash oil are quite distinct due to their relative content of psychoactive THC, which is one of 60 known cannabinoids in the cannabis species. Hash oil, or “Rick Simpson Oil,” named after the man that recently reinvented its use as a cure for cancer, is loaded with THC, whereas hemp has very little of the psychoactive cannabinoid. While hemp is the most powerful superfood on the planet and does have enormous medicinal value, high-THC hash oil, or oil that is made from marijuana, is needed to perform any heavy lifting in the medical arena, such as curing cancer.

Rick Simpson’s 2008 “Run from the Cure” medical marijuana documentary let the cat out of the bag for the long suppressed miracle cure of Simpson’s cannabis oil. Since marijuana and its oils are illegal at the Federal level, a grass-root movement is pursuing its own research and clinical trials, whose anecdotal evidence suggests that cannabis oil not only has anti-tumor qualities, as previous studies had always indicated, but the miracle drug could also be used to cure nearly any malady known to man. As Mr. Simpson famously stated, “Show me one medical ailment that it cannot cure.” Rick has healed over 5,000 people personally with his own hash oil, and the health of millions has benefited due to the documentary.

The medically miraculous ingredient in hash oil is THC. Indica strains are preferred for physical ailments, and sativa is best used for mental applications. Hash oil typically has a ratio of 95% THC and the rest in other cannabinoids and plant waxes, if correctly prepared. By contrast, hemp oil has a far lower concentration in both cannabinoids and it has an opposite ratio: 2.3% CBD to 0.173% THC, in Zamnesia’s CBD Oil (hemp oil), for example. If you cannot make hash oil yourself, you will have to pay from $3,600 to $5,500 for a 2-3 month regimen, because it requires about a pound of weed to make an ounce of hash oil.

Eat it; don’t smoke it

As for what to do with the finished product, Collective Evolution recommends that you eat it, not smoke it. “Doctors who have been researching cannabis and its benefits in diet for some time have recommended that people make cannabis a part of their everyday diet,” says the grass-roots organization. “Creating oil from the plant or eating the plant is the best way to go about getting the necessary ingredients which are the cannabinoids… when the cannabis is heated and burnt, it changes the chemical structure and acidity of the THC which changes its ability to be therapeutic.” Doctor William Courtney says that by using cannabis as a dietary supplement instead of smoking it, your body can withstand fifty times as much THC and “push it up to the anti-oxidant and neuro-protective levels.”

A Word on Terminology

It should be noted that Rick Simpson and businesses promoting cannabis oil often use the term “hemp oil” since it is more legal sounding than “hash oil,” or similar, which sounds overly deviant and bohemian, as well. Related to this, there is at least one study by the National Institute of Health that shows that hemp, or CBD, oil, is even more potent than THC-dominant oils at eradicating tumors. Still, most anecdotal evidence on the internet, including Wikihow, shows that, whatever the name applied, THC is what you need to maximize. Basically, to eradicate cancer or similar, you want to go with THC oil because it is substantially more potent than CBD oil, and requires less intake.

Thanks to a 1974 UVA study, the government has known about the potency of cannabis oil for treating cancer for decades, but has suppressed this information and further studies ever since. Commissioned by the National Institute of Health and funded by the American Cancer Society, the UVA researchers were tasked with finding evidence that cannabis damages the immune system. Instead, they found that THC slowed the growth of three kinds of cancer in mice: lung and breast cancer, and a virus-induced leukemia!

According to Jack Herrer, the godfather of the modern hemp movement, in his seminal book, “The Emperor Wears No Clothes,” the DEA quickly shut down the UVA study and all further cannabis/tumor research. “In 1976 President Gerald Ford put an end to all public cannabis research and granted exclusive research rights to major pharmaceutical companies, who set out – unsuccessfully – to develop synthetic forms of THC that would deliver all the medical benefits without the ‘high,’” per Alternet. So, our blatantly hypocritical Federal government believes in marijuana and holds patents on it, while simultaneously claiming that weed has no medical use. Nice!

Meanwhile, the FDA is telling makers of hemp oil to stop making medical claims that their products are rich in CBD and can be used for “the diagnosis, cure, mitigation, treatment, or prevention of diseases.” According to the FDA, several of these companies did not have any or very little CBD in their products.

The key takeaway here is that THC is the cannabinoid with the power to cure cancer. Hemp oil is somewhat of a misnomer when it comes to describing cannabis oil, but we are going to continue to see this term in the literature, given the illegality of marijuana, for one. 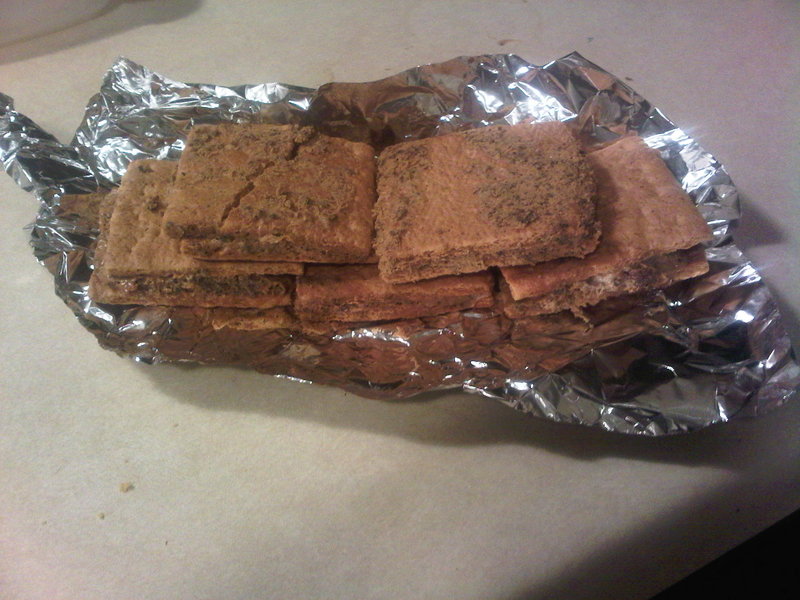 How to Make Firecrackers