On  Monday Colorado Governor. John Hickenlooper  signed into effect Amendment 64. This makes it legal to possession marijuana and grow a limited number of plants.   The Governor’s Office released a prepared statement from

Marijuana Effective in the Treatment of Breast Cancer

A wealth of research conducted in several countries has shown promising results which prove that marijuana is an effective treatment in breast cancer. This is treatment that is much safer, cheaper and easier on 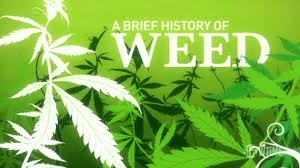 Video Timeline: The History of Marijuana

The earliest recorded use of cannabis dates back 10,000 years to an ancient village in the island of Taiwan off the coast of mainland China. The Chinese would use the cannabis hemp plant to